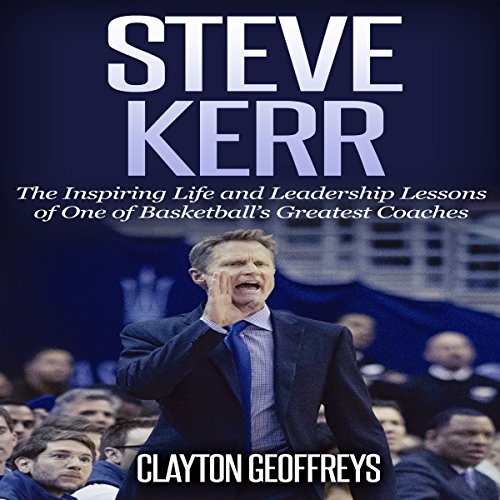 In Steve Kerr: The Inspiring Life and Leadership Lessons of One of Basketball's Greatest Coaches, you will learn the story of one of basketball's premier coaches, Steve Kerr. Since joining the Warriors organization in the summer of 2014, Steve Kerr has catapulted the Golden State Warriors to become a perennial championship contender. He has demonstrated admirable leadership in his ability to create a sustainable system where players play like family and have fun. Some could argue the Golden State Warriors' approach to basketball is an evolution of what has made the San Antonio Spurs so successful for two decades. It is disciplined, yet loose at the same time.

While he is still early in his coaching career, Steve Kerr will undoubtedly go down as one of the most effective coaches of all time when he retires, mainly because of his ability to relate to his players and maintain their composure in the most clutch in-game moments. There are a number of key leadership lessons that can be learned from Steve Kerr, such as maintaining your humility, maximizing the potential of each individual player, and communicating often with your team. Whether you're a basketball player or a coach looking for inspiration, this book will help you discover the incredible story of Steve Kerr and the many leadership lessons that can be learned from studying his success.