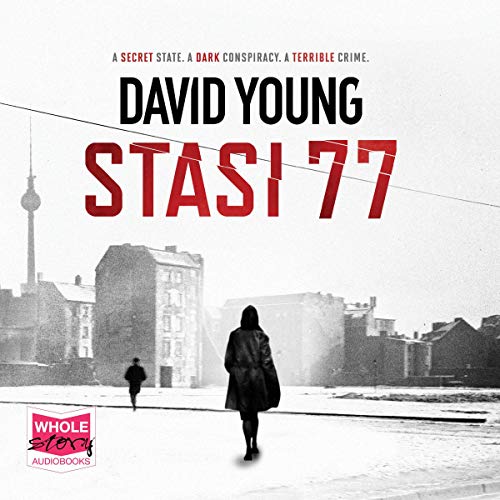 A gripping and evocative crime thriller, moving between the devastating closing weeks of the Second World War and communist East Germany in 1977.

The first installment in the series, Stasi Child, won the CWA Historical Dagger in 2016.

Karin Müller of the German Democratic Republic's People's Police is called to a factory in the east of the country. A man has been murdered - bound and trapped as a fire burned nearby, slowly suffocating him. Could his murderer simply be someone with a grudge against the factory's nationalisation, as Müller's Stasi colleagues insist?

Why too is her deputy Werner Tilsner behaving so strangely? As more victims surface, it becomes clear that there is a cold-blooded killer out there taking their revenge. Soon Müller begins to realise that in order to solve these terrible crimes, she will need to delve into the region's dark past.

For those who really run this Republic have secrets they would rather remain uncovered. And they will stop at nothing to keep them that way.