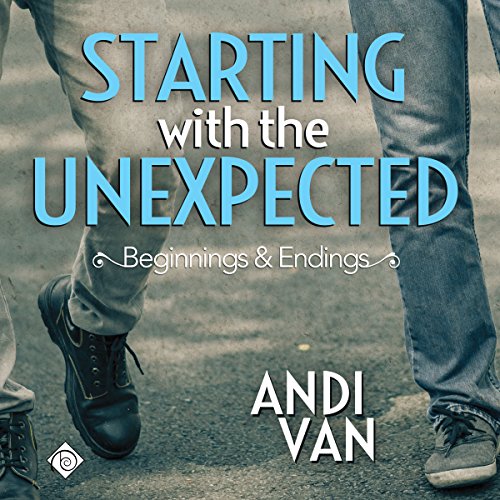 Starting with the Unexpected

Zachary Blaise is having a weird week - even by his standards. Though he's gay, the radio personality has been dumped via text by a girl named Marian - and he's never even met her. On top of that, he's developed a massive crush on Marcus, the new waiter at his favorite diner. His best friend thinks the whole thing is hilarious.

Marcus' week hasn't been his best either. He's been betrayed by those closest to him, and although he isn't the guilty party, Marcus is the one getting harassed.

Impossibly, things are about to get even weirder. Marian has secrets, and those secrets are going to make some serious ripples in Zach's life. When he discovers that the girl called Marian is actually the man named Marcus, Zach stumbles down a rabbit hole of abusive ex-boyfriends, psychotic relatives, and revelations from his own past. If he can survive the chaos, the journey might prove worth the effort.