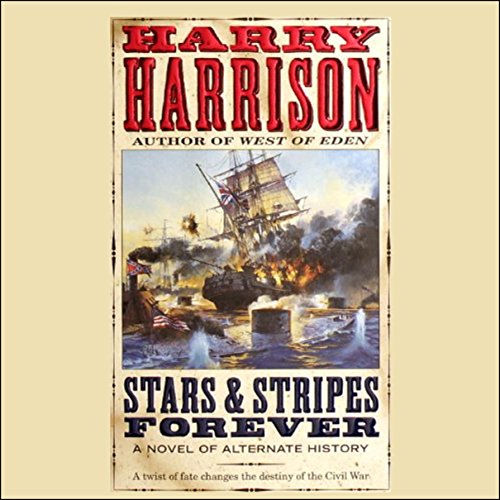 In a war room in Washington, William Tecumseh Sherman and General Robert E. Lee huddle together and plan their next, joint military operation. In the jungles of Mexico, Ulysses S. Grant is locked in brutal combat with the best of the British Army. And in the heart of the new American South a fragile peace is threatened...

In the dazzling alternate history of Harry Harrison, this is the world as it stands in 1863. Just three years before, a titanic Civil War loomed in America. But an incident involving a British ship and two Confederate spies changed everything. As Abraham Lincoln defied Britain's Lord Palmerston, tensions between the two nations boiled over and Her Majesty's Navy unleashed an attack on American soil aimed at bolstering the Confederate cause. The results were catastrophic.

A stunned North and South put aside their differences and a new kind of war erupted, with Americans fighting side by side against the British on two fronts: in the South and on the Canadian border. Now, Britain has been defeated and America is struggling to keep its union together until another blow is struck. It comes from Mexico, where elite units of Her Majesty's Army including the famed Gurkha fighters are massing for a possible attack through Texas.

Into the gauntlet, Lincoln sends his chosen angel of death, General Grant. But the weary president knows that two centuries of British power will not be ended with a single battle. So his top soldiers, including Lee and Sherman, plan the most daring naval invasion ever launched: an assault on British soil itself. And in a secret that must be protected by an underground army of spies and secret agents, the U.S. will invade the Emerald Isle to set the Irish free at last. Filled with real characters on both sides of the conflict, Stars and Stripes in Peril is the new masterwork from one of our most provocative authors.