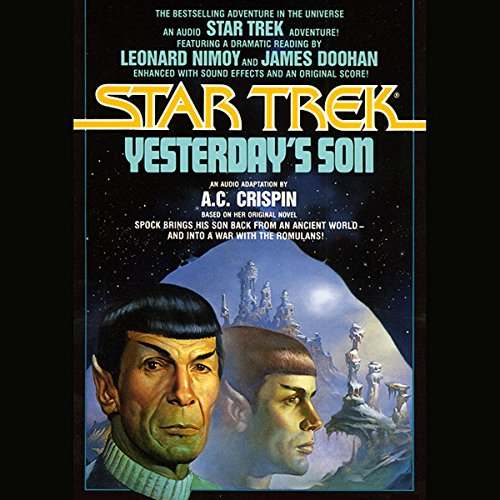 On a planet code-named Gateway stands a mysterious portal to the past, the Guardian of Forever. Spock, Kirk, and McCoy have just returned from a voyage through the gateway with a young man named Zar - Spock's own son from ancient Sarpeidon! But while Spock and the brilliant, primitive youth try to bridge a gap of centuries and cultures, Gateway is seized by the Romulans. The Enterprise must destroy the planet rather than let the Romulans use the past as a weapon - and Kirk has 12 hours to find a way out. Only Spock and Zar have any chance of penetrating the Romulan forces on Gateway. Suddenly, father and son are plunged into a fierce fight for their lives - and a battle to keep the Romulans from fatally changing the past! Featuring a dramatic reading by Leonard Nimoy and James Doohan, and enhanced with sound effects and an original score!