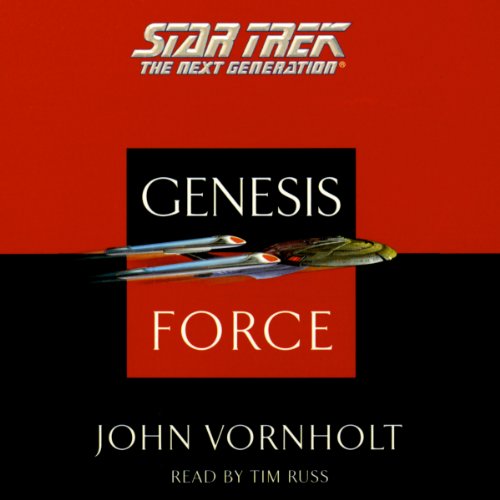 Star Trek, The Next Generation: The Genesis Force (Adapted)

Star Trek, The Next Generation: The Genesis Force (Adapted)

"As a matter of cosmic history, it has always been easier to destroy than to create." - Spock, Star Trek II: The Wrath of Khan

Following on the success and popularity of Genesis Wave books one, two, and three, John Vornholt pulls together a group of Star Trek heroes with a mission unlike any other!

The passing of the Genesis Wave has damaged hundreds of worlds in the newly named "Genesis Sector", and chaos reigns throughout that area of space. Each world has been changed in different ways, and a group of extraordinary men and women - some old friends, some new faces - have been assigned the job of getting the devastated planets back on their feet.

The first job: To resettle an entire displaced alien race on its altered home planet, where the dead come back to life, microbes have reached gigantic size, and the new ecology taking over the world is one not fit for man or genetically altered beast....