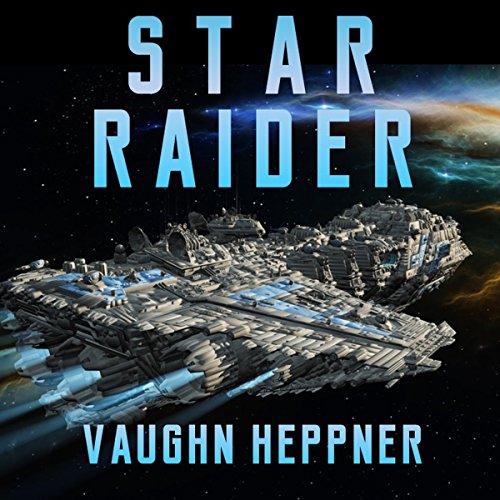 The hive-like soldiers of Social Unity invade Tanner's world. After a bitter fight, a handful of freedom fighters make it off-world to continue the resistance from space.

One by one, Social Unity eliminates the freedom fighters until only Tanner and his ship are left. Then, they trap him on a luxury space station. From prison, Tanner makes a deal with a mysterious Earthman, Lord Acton. The Earthman is vague about a stealth mission on the galactic rim, but Tanner is desperate.

Everything seems reasonable until they sneak onto an asteroid pirate base where Acton purchases unbelievable weapons. The Earthman has a distant rendezvous on a dead world where the dreaded cyborgs once made their last stand against the Old Federation. But the planet isn't dead; Social Unity has followed them with a fleet and an ancient threat is now revealed. Is Acton a traitor to humanity or its potential savior? Whatever the case, Tanner is in it deep, fighting to save the human race.

Star Raider is the story of one ship and one captain that will either save the galaxy or destroy it.