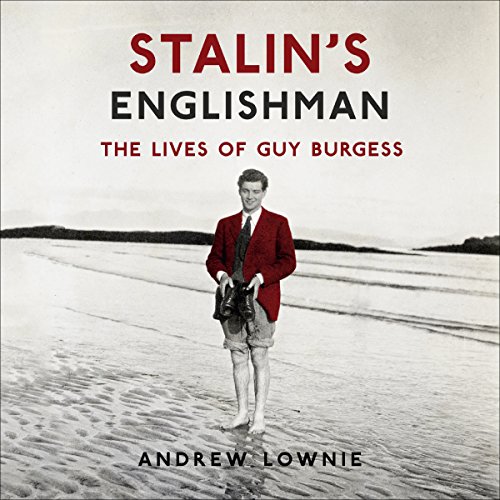 Guy Burgess is the most important, complex and fascinating of 'The Cambridge Spies' - the group of British men recruited to pass intelligence to the Soviets during World War Two and the Cold War.

Burgess' story takes us from his student days in 1930s Cambridge, where he was first approached by Soviet scouts, through his daring infiltration of the BBC and the British government, to his final escape to Russia and lonely, tragic-comic exile there.

In this definitive biography, Andrew Lownie uncovers the true depths of Burgess' penetration and betrayal of the British Intelligence Service. His close, personal relationships with several high-profile men and women are examined - including his friendship with Winston Churchill and his family.

Through interviews with over 100 people who knew Burgess personally, many of whom have never spoken about him before, and the discovery of hitherto secret files on the Cambridge Spies, Andrew Lownie reveals a completely new and intriguing picture of Guy Burgess.