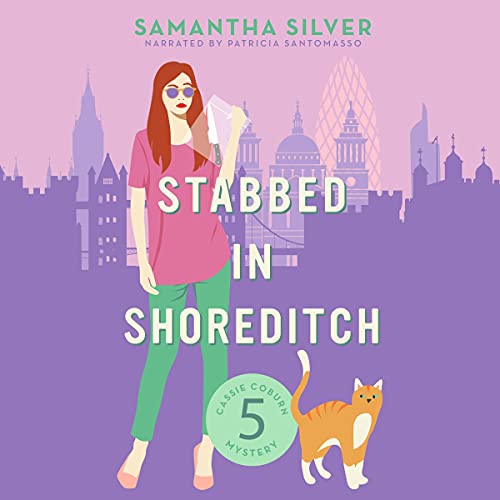 Cassie's living life on the edge of a knife...

When Violet is hired to prove the innocence of a convicted murderer, Cassie discovers that not only is an innocent man's life at stake, but also that solving a 10-month-old murder has its own unique challenges.

But what initially seems like it might be a straightforward case quickly becomes more complex with the discovery of a secret computer file and an encryption even Violet can't crack.

Meanwhile, Cassie finds herself helping Brianne discover who's been stealing supplies from the hospital - a great distraction as Cassie avoids making a decision about going back to medical school.

As Violet and Cassie get closer to cracking the encryption, they find themselves embroiled in the middle of a conspiracy even Violet couldn't have predicted.

Will they be able to solve the case and give an innocent man his life back before they become the next victims?

The Cassie Coburn mysteries are a cozy mystery series featuring a Sherlock Holmes-style sleuth. If you want a light, fun, modern mystery featuring a San Francisco girl totally out of her element in London and a crazy French woman who happens to be very good at noticing things, then this is the series for you.