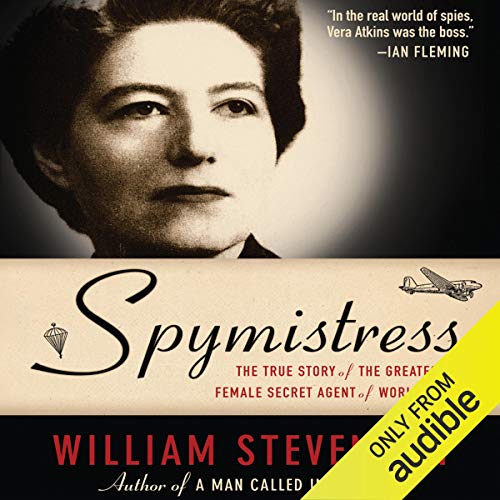 A rousing tale of espionage and unsung valor, this is the captivating true story of Vera Atkins, Great Britain's spymistress from the age of 25. With her fierce intelligence, blunt manner, personal courage, and exceptional informants, Vera ran countless missions throughout the 1930s. After rising to the leadership echelon in the Special Operations Executive (SOE), a covert intelligence agency formed by Winston Churchill, she became head of a clandestine army in World War II. Her team went deep behind enemy lines, linked up with resistance fighters, destroyed vital targets, helped Allied pilots escape capture, assassinated German soldiers, and radioed information back to London. As the biographer of her mentor in the SOE, William Stevenson was the only person Vera Atkins trusted to record her story.