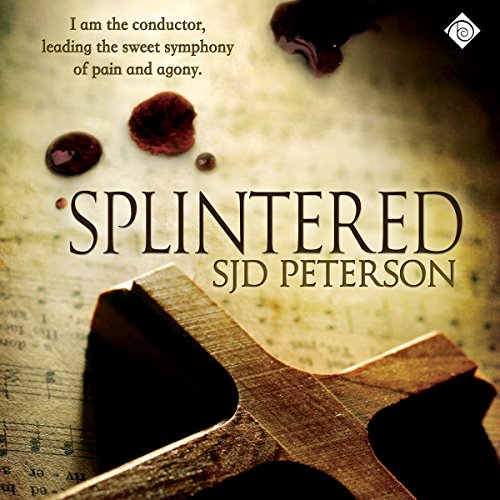 A string of murders targeting effeminate gay men has the GLBTQ community of Chicago on alert, but budget cuts have left many precincts understaffed and overworked. Not to mention homophobia is alive and well within the law enforcement community, and little has been done to solve the mystery. When the FBI calls in Special Agent Todd Hutchinson and his team, the locals are glad to hand the case off. But Hutch finds a bigger mystery than anyone originally realized - 17 linked murders committed in several different jurisdictions. Hutch's clues lead him to Noah Walker.

Working on his PhD in forensic psychology, Noah has been obsessed with serial murders since he was a child. But coming to Hutch's attention as a suspect isn't a good way to start a relationship. Noah finds himself hunted, striking him off Hutch's suspect list but not off his radar. To catch the killer before anyone else falls victim, they'll have to work together, and quickly, to bring him to justice.

There are some books I never wanted to read...

The story is pretty simple though, a serial killer, who slaughters gay men, some Feds who try to solve the case and a suspect who proves to be none. It took me two chapters to be captivated by the characters (only one two drown in the voice of Rusty Topsfield). The story builds slowly, but fast enough not to get impatient with it or bored. The insight you get into the emotions and thoughts of the main characters was enough for me to just needing to know how the story ends.

There are not so many shocking moments, not so many scenes where I wanted to shake the characters and point out that there on a wrong path in their investigation (though if I could I would have at the end :D ). Instead, the pressure was building steadily and I knew the breaking point must come at some point but I never imagined the end to be as it was. What I really liked was the insight you get into the mind of this serial killer and the way Hutch and his team tried to get a grip, not even on the killer, but on their own rage and fury, when they learned more and more about the killings. The whole setting is well thought out but also gives enough hints to make the reader guess him- or herself on who the killer might be. It was fun listening, took me out of my own life for a couple of hours and onto a journey which I really really enjoyed.

The narrator, Rusty Topsfield, has a wonderful voice, calm, deep, but different where it has to be. So I could hear the different characters, their emotions and that alone made me loose myself completely for a few hours. Nothing an audio book ever accomplished before.

My result? Thanks to SJD Peterson, for writing a book that opened my mind to a whole new genre of books. Thanks to Rusty Topsfield for reading the way he did. Memo to myself...buy the book and read myself...