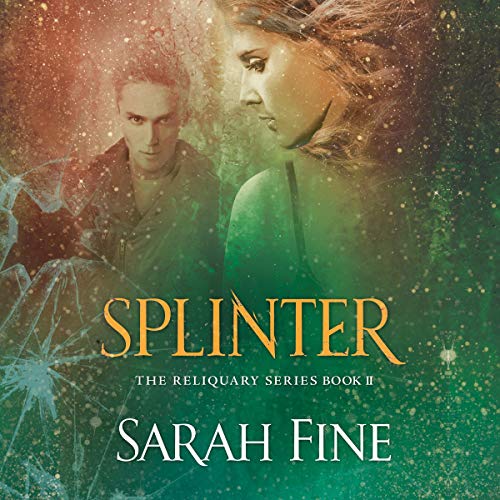 Mattie Carver has relinquished the world of magic, with all its dark temptations. In six weeks, she'll marry Ben Ward and claim the safe, small-town life she craves. But Mattie's talents as a reliquary - someone able to smuggle magic within her body - make her a valuable commodity, even to those she trusts the most. Forced out of retirement by a painful betrayal, she must seek the help of the man she's tried desperately to stay away from: Ben's estranged brother, Asa.

Asa, a sensor and magic dealer, may have saved Ben months ago, but he's complicated Mattie's life beyond imagining. Trailed by lethal mobsters through Chicago's seamy magical underbelly and an eerie traveling carnival, Mattie struggles to endure the priceless magic she's holding and her feelings for Asa. Once, she thought she'd chosen her path. Now the only option may be to succumb to the destiny that's choosing her, and hope she's strong enough to survive.