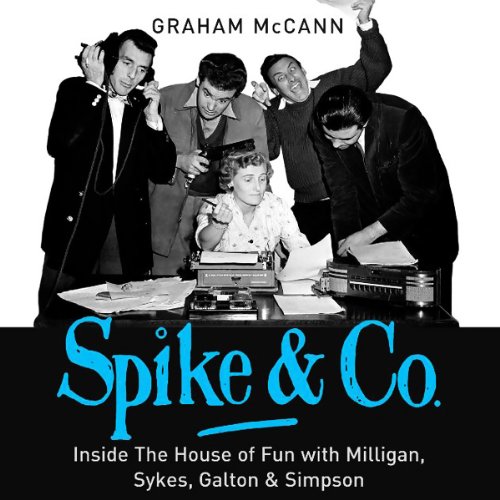 This is the story of how four people, grouped together inside a set of offices five floors above a greengrocer's shop on Shepherd's Bush Green in West London, scaled the heights of British comedy.

On any weekday morning, if you dared to clamber over the crates of fruit and veg that the greengrocer had allowed to pile up outside on the pavement, climbed the five flights up the dangerously rickety staircase, and crept inside the entrance to Associated London Scripts, you would have found Milligan, Sykes, Galton, and Simpson shaping the latest shows, swapping the odd story, and searching for a funnier line.

Spike Milligan would have been in one office, often slumped over his typewriter, tapping away at the next script for The Goons. Eric Sykes would be seated at his desk in the next office, perhaps writing out in longhand another routine for Frankie Howerd or the cast of Educating Archie. And Galton and Simpson would have been in their own office, plotting, perchance, the next half hour for Tony Hancock.

Together, this eclectic bunch, and their bizarre office block, were responsible for a golden age in British comedy, which included The Goons, Hancock's Half Hour, Sykes, Steptoe and Son, Comedy Playhouse, The Frankie Howerd Show, Beyond Our Ken, Round the Horn, The Arthur Haynes Show, The Army Game, Bootsie and Snudge, That Was The Week That Was, and Till Death Us Do Part, to name but a few.