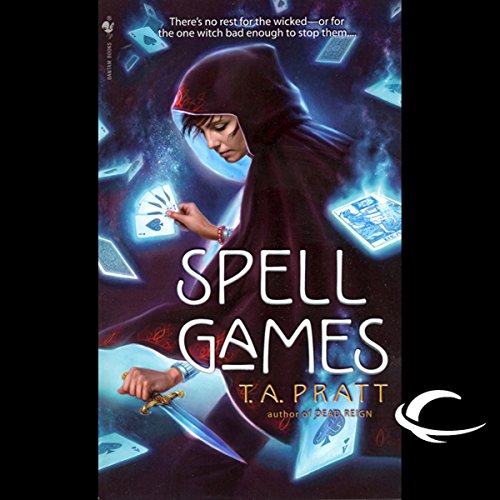 Mad sorcerers, psychic vampires, an army of vengeful demons, Marla Mason would rather face them all than a flesh-and-blood ghost from her dysfunctional family past: her con artist brother, Jason. As Felport's chief sorcerer, Marla would ordinarily consider it her duty to protect her town from such an unscrupulous ne'er-do-well. As his sister, things are a lot...trickier.

Now, as Marla attempts to train an apprentice oracle whose magical wires have gotten crossed, Jason is setting up an elaborate sting and drawing her ever-so-corruptible partner Rondeau into the ruse.Their patsy is a filthy-rich wannabe mage and their bait is something so valuable, so dangerous, so sought after, it probably doesn't exist. But now word's gotten out that the Borrichius spores do exist and instead of a sucker Jason and Rondeau have a much bigger - and much deadlier - fish on their line: a reclusive sorcerer whose devotion to the mushroom god and command of vegetal magic could bring a fungal apocalypse to Felport.

It'll be the mother of all bad trips unless Marla can pull off the ultimate magical switcheroo...and somehow live to tell about it.