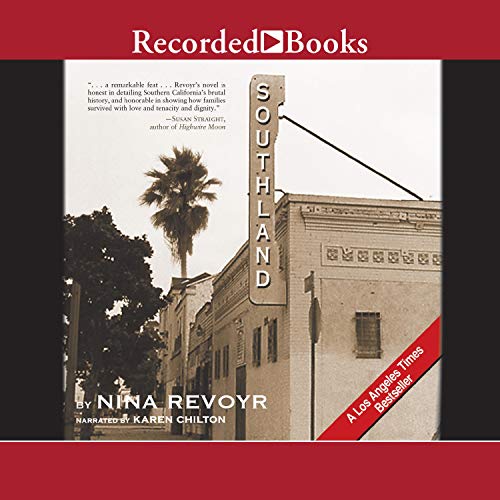 Southland brings us a fascinating story of race, love, murder, and history, against the backdrop of an ever-changing Los Angeles. A young Japanese-American woman, Jackie Ishida, is in her last semester of law school when her grandfather, Frank Sakai, dies unexpectedly. While trying to fulfill a request from his will, Jackie discovers that four African-American boys were killed in the store Frank owned during the Watts Riots of 1965. Along with James Lanier, a cousin of one of the victims, Jackie tries to piece together the story of the boys' deaths. In the process, she unearths the long-held secrets of her family's history.

Southland depicts a young woman in the process of learning that her own history has bestowed upon her a deep obligation to be engaged in the larger world. And in Frank Sakai and his African-American friends, it presents characters who find significant common ground in their struggles, but who also engage each other across grounds - historical and cultural - that are still very much in dispute.

Moving in and out of the past - from the internment camps of World War II, to the barley fields of the Crenshaw District in the 1930s, to the streets of Watts in the 1960s, to the night spots and garment factories of the 1990s - Southland weaves a tale of Los Angeles in all of its faces and forms.