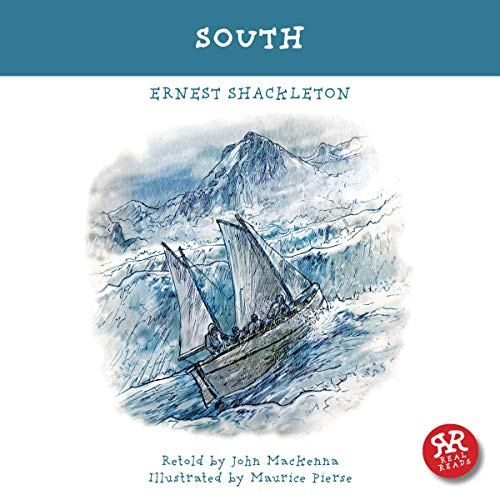 At five o'clock on the evening of November 21st, after the ice had drawn back like pall bearers at a funeral, Endurance slipped lower in the water, her stern pointing skywards. We stood in silence while she said her last farewell. A cacophony of cracking timber and rushing water signalled her end and then she was silent, slipping into the watery grave. The bravest ship, she had struggled to the bitter end and now she was gone. Endurance - well named.

When his ship Endurance sinks in the icy Antarctic, Ernest Shackleton is left with the responsibility of getting his crew safely back home. Can they survive crossing dangerous icefloes and setting up camp on a remote island?

Even when they reach land, nobody will know where they are unless somebody can sail the tiny ship's boat across 800 miles of the world's most dangerous seas to summon help. Can it be done?