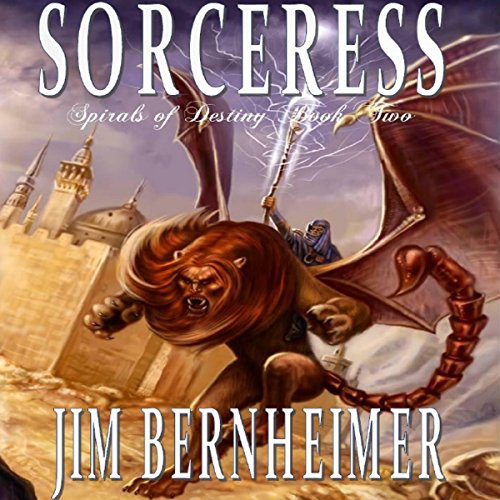 Forget everything you thought you knew about maidens and unicorns... A mysterious force has separated Kayleigh Reese and her battle unicorn Majherri, who now find themselves on opposite sides of a war, each fighting to survive without the other.

For Majherri, the unicorn is now controlled by his deranged first rider, and must find a way to free her mind in the hopes of bringing the woman back to the light. Majherri is forced to pick and choose his battles, both physical and mental, if he is to succeed. Along the way, he will have to become stronger than he has ever been to prevent the madness that threatens to consume him.

Meanwhile, Kayleigh, the young sorceress, struggles with an uneasy relationship with her new unicorn. Finding their missing comrades and escaping the ever-expanding warzone are her goals, but forces are already aligning against her. Secrets from her past come to light and force her to reexamine everything she knew about her life.

Fighting for her life, she must master her powers and be willing to fight for her freedom against her enemies and even those she once trusted.

"War erupts across the land, testing young Kayleigh's emerging skills and veteran Majherri's loyalties as each struggles not only to survive, but to triumph over the spreading evil. Don't miss the second installment in Bernhemier's action-packed Spirals of Destiny!" (Terry W. Ervin II, author of Relic Tech)