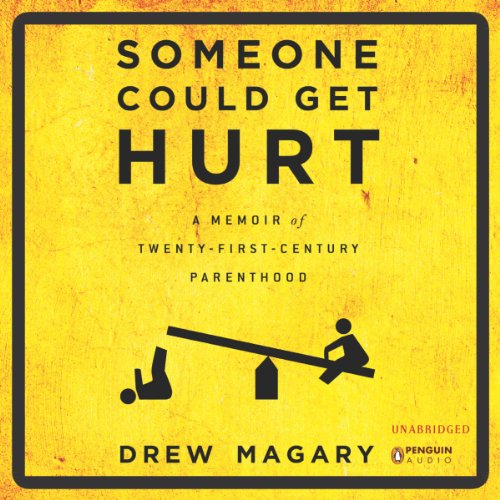 Someone Could Get Hurt

A sharp, funny, and heartfelt memoir about fatherhood and the ups and downs of raising a family in modern America.

No one writes about family quite like Drew Magary. The GQ correspondent and Deadspin columnist's stories about trying to raise a family have attracted millions of readers online. And now he's finally bringing that unique voice to a memoir. In Someone Could Get Hurt, he reflects on his own parenting experiences to explore the anxiety, rationalizations, compromises, and overpowering love that come with raising children in contemporary America.

In brutally honest and funny stories, Magary reveals how American mothers and fathers cope with being in over their heads (getting drunk while trick-or-treating, watching helplessly as a child defiantly pees in a hotel pool, engaging in role-play with a princess-crazed daughter), and how stepping back can sometimes make all the difference (talking a toddler down from the third story of a netted-in playhouse, allowing children to make little mistakes in the kitchen to keep them from making the bigger ones in life). It's a celebration of all the surprises - joyful and otherwise - that come with being part of a real family.

In the wake of recent best sellers that expose how every other culture raises their children better, Someone Could Get Hurt offers a hilarious and heartfelt defense of American child rearing with a glimpse into the genuine love and compassion that accompany the missteps and flawed logic. It's the story of head lice, almost-dirty words, flat-head syndrome, and a man trying to commit the ultimate act of selflessness is a selfish world.

"It’s an honest and hilarious portrayal of how aggravating it can be to raise a family." (Justin Halpern, author of the New York Times best seller Sh*t My Dad Says)

"The Father's Day book for dads who hate getting books for Father’s Day." (Will Leitch, author of Are We Winning? and God Save the Fan)

Das sagen andere Hörer zu Someone Could Get Hurt