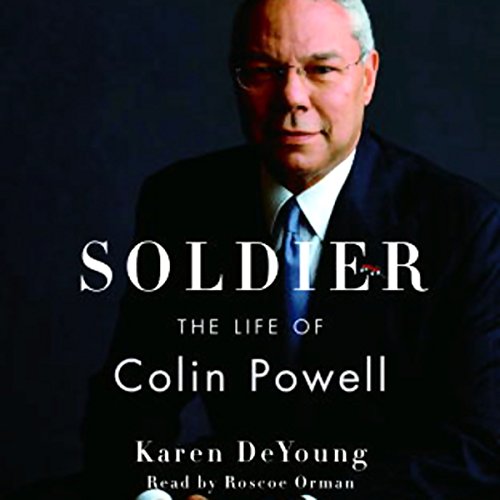 Over the course of a lifetime of service to his country, Colin Powell became a national hero, a beacon of wise leadership, and, according to polls, "the most trusted man in America". From his humble origins as the son of Jamaican immigrants, to the highest levels of government in four administrations, he helped guide the nation through some of its most heart-wrenching hours. Now, in the first full biography of one of the most admired men of our time, award-winning Washington Post journalist Karen DeYoung takes us from Powell's Bronx childhood and meteoric rise through the military ranks to his formative roles in Washington's corridors of power and his controversial tenure as secretary of state.

With dramatic new information about the inner workings of an administration locked in ideological combat, DeYoung makes clearer than ever before the decision-making process that took the nation to war and addresses the still-unanswered questions about Powell's departure from his post shortly after the 2004 election. Drawing on interviews with U.S. and foreign sources, as well as with Powell himself, and with unprecedented access to his personal and professional papers, Soldier is a revelatory portrait of an American icon, a man at once heroic and all-too-humanly fallible.

"DeYoung paints a favorable but balanced portrait of Powell, and she avoids using him as an instrument for Bush-bashing. Powell emerges from her account as a person who grew to meet his wider responsibilities." ( Publishers Weekly)