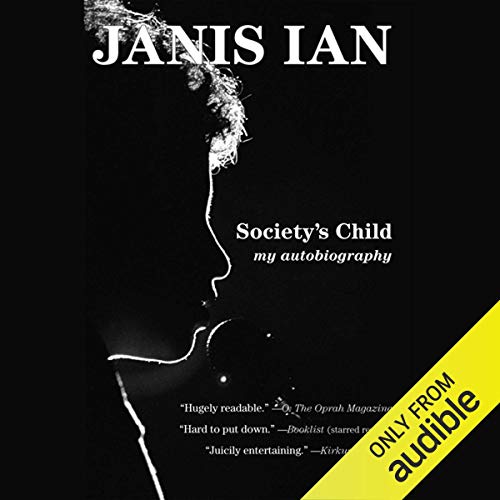 Audie Award, Narration by the Author or Authors, 2013

Janis Ian was catapulted into the spotlight in 1966 at the age of 15, when her soul-wrenching song "Society's Child" became a hit. An intimate portrait of an interracial relationship, "Society's Child" climbed the charts despite the fact that many radio stations across the country refused to play it because of its controversial subject matter. But this was only the beginning of a long and illustrious career.

In this fascinating memoir of her more than 40 years in the music business, Ian chronicles how she did drugs with Jimi Hendrix, went shopping for Grammy clothes with Janis Joplin, and sang with Mel Tormé, all the while never ceasing to create unforgettable music.

In 1975, Ian's legendary "At Seventeen" earned two Grammy awards and five nominations. Her next two albums brought her worldwide platinum hits. But after seven albums in as many years, she made a conscious decision to walk away from the often grueling music business. During this period, she struggled through a difficult marriage, which ended with her then husband's attempt to destroy her, and a sudden illness that very nearly cost her her life. The hiatus from music lasted for close to a decade until, in 1993, Ian returned with the release of the Grammy-nominated Breaking Silence. Now, as she moves gracefully into her fifth decade as a recording artist and writer, Ian continues to draw large audiences around the globe.

In Society's Child, Janis Ian provides a relentlessly honest account of the successes and failures - and the hopes and dreams - of an extraordinary life.

"Each chapter in this mesmerizing memoir begins with an evocative lyric read and sung by Ian, who transports listeners back in time with both words and music." ( Booklist)