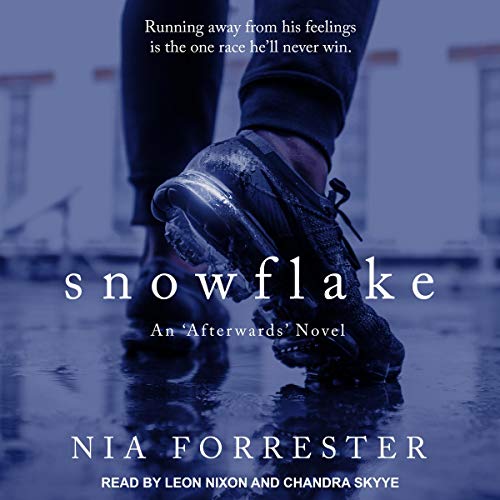 Running away from his feelings is the one race he'll never win....

A star athlete and Olympic prospect, Kal Carter is bound for greatness. Everyone says it, only he's not sure he entirely believes it. Because he's lost something he can't replace, and most days he feels like he's holding up the sky; and doing it all on his own.

To maintain focus, he never lets anyone close except in the most superficial ways, and he's become very good at it. Until a long, cold week when the solitary girl next door who never speaks, smiles, or makes eye contact barges into his life and seems poised to upend the whole doggone thing.