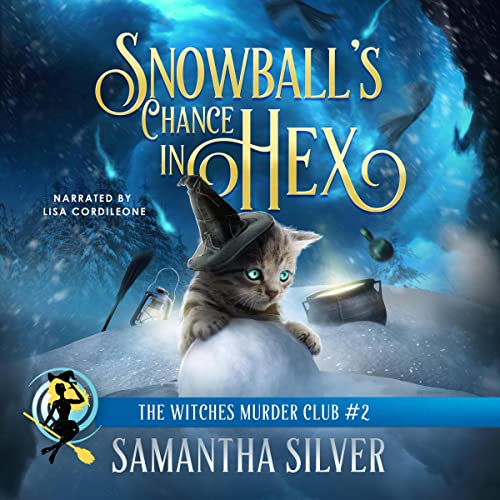 Welcome to Golden Hope, where the whole town will cast you under its spell....

When bodies start popping up in Golden Hope, Storm Bancroft has a feeling something is wrong. Sure, they’ve been labelled accidents, but a witch has her intuition, and Storm trusts hers. Getting the Witches Murder Club back together, the group begins to investigate and quickly finds that Storm is probably right. These aren’t accidents. They’re murders.

With no chance of getting any help from the police, Storm and her friends set about investigating on their own. But Storm has other questions that need answering. Questions about her past. And as she spends more time with Logan, she starts wondering about her future, too.

The killer, however, has plans that involve Storm not having a future at all. Will the Witches Murder Club bring another murderer to justice before Storm becomes the next to fall victim to an "accident"?