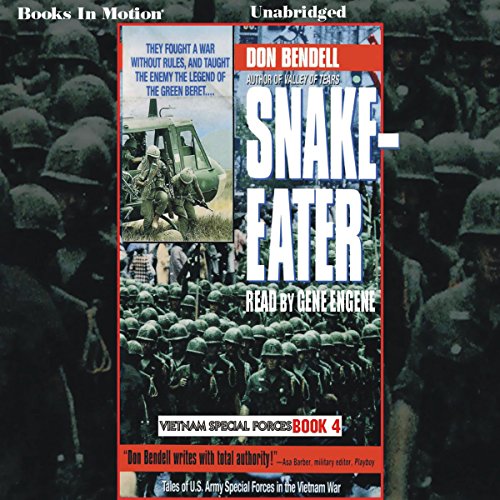 They fought a war without rules, and taught the enemy the legend of the Green Beret. No fighting men in the world were a match for the U.S. Army Special Forces, the men of the Green Beret. But in the chaos of Vietnam, where enemies, allies, friends, and traitors all shared a landscape of terror, the Green Berets had to develop their own tactics and draw closer to the only people they could trust: each other.

Don Bendell looks back at life and death at A-Team Camp 242, Dak Pek. From clandestine missions alongside the fierce and proud Montagnard tribesman to wild rides in bullet-riddled Hueys, Bendell tells of firefights, LRRP missions, dust-offs, air strikes, prisoner interrogations, and acts of courage. Most of all, Bendell captures the spirit of the men who were there.