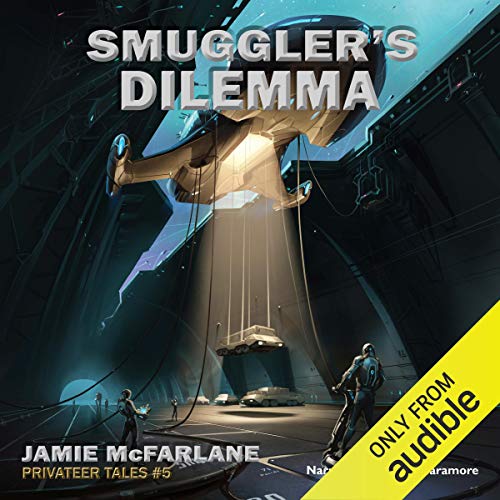 There's guerrilla warfare in the main asteroid belt. The Red Houzi pirates have launched a deadly campaign, sacking defenseless mining colonies and then vanishing into the deep dark of space. No one can predict where or when they will show up next, not even the great Mars Protectorate Navy.

Liam Hoffen and Nick James have returned from their last encounter grateful to be alive, but wondering what they'll do next. Sterra's Gift is nothing more than a broken heap, strapped to a pile of ore. Replacing their beloved ship is hopeless - or so they think until a crazy old man introduces them to an old British warship named Hotspur.

News of Red Houzi attacks near Colony 40 spurs Liam and his crew into action and they set off on a desperate race to save their families. But, what can one ship possibly do against an entire fleet? They'll put everything on the line, but the question is - will it be enough?