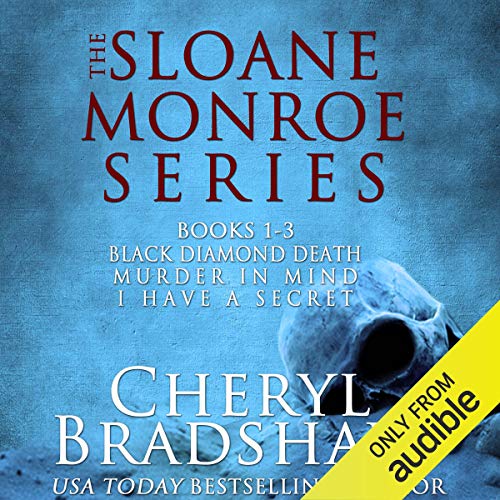 Enter the world of Sloane Monroe in Black Diamond Death...

On the slopes of Park City, Utah's newest ski resort, a woman is found dead. At first glance, it has all the makings of an accident. But what if she was murdered? Although skeptical, PI Sloane Monroe takes the case and learns not everyone is who they seem, and some will go to any lengths to protect their identity.

In Sinnerman, PI Sloane Monroe has solved every case that's come across her desk with the exception of one - the brutal murder of her sister Gabrielle. Three years have passed without a trace of the serial killer until today, when a young woman's body is discovered on a patch of dirt in front of the local supermarket. Will Sloane exact her revenge before Sinnerman slays his next victim, or will she be too late?