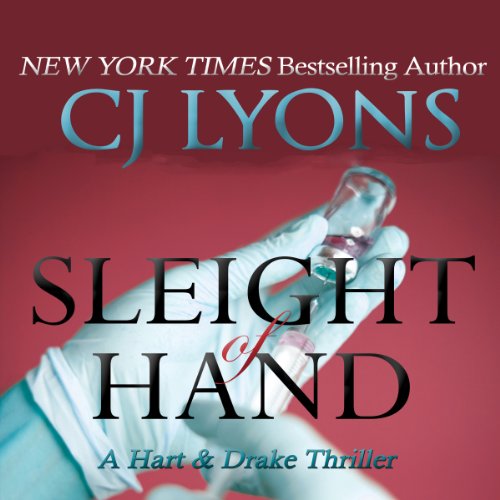 Two months ago Dr. Cassandra Hart was forced to kill a man. The man who murdered her best friend, almost killed Drake and seriously wounded her. Now she's back at work in her Pittsburgh ER, but nothing seems the same.

When she fears that a young boy is being abused by his "perfect" mother, her friends and colleagues worry that she's returned to work too soon, imagining dangers that don't exist. Others accuse her of trying to cover up her own alleged mistakes in the boy's treatment by making a false report of abuse.

Drake's facing problems of his own, trying to cope with the aftermath of the night two months ago when his passion for Cassie led to a confrontation with a killer. He's on desk duty, reviewing cold cases, and delves into the homicide case that killed his father seven years ago. But after so long, what good can he do, a cop without a gun?

The stakes escalate when Cassie is almost killed and Drake finds evidence that the killer his father was tracking might be planning to strike again - this time targeting a young boy.

With the lives of two children at stake, how can they walk away?