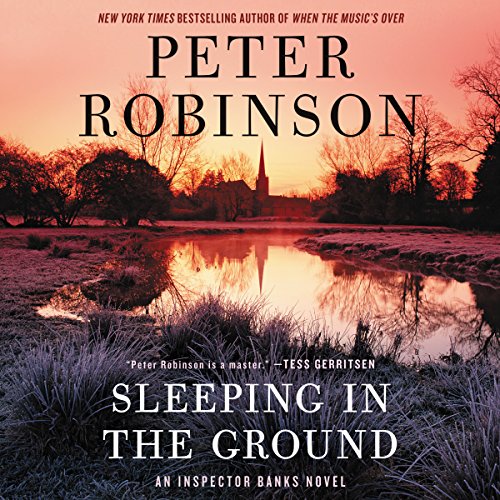 Sleeping in the Ground

Michael Connelly calls Peter Robinson "an author with amazing empathy, a snare-trap ear for dialogue, and a clear eye for the telling detail".

See why in Sleeping in the Ground, the gripping new novel starring Alan Banks - featuring an opening scene you'll never forget and a finale you won't see coming.

At the doors of a charming country church, an unspeakable act destroys a wedding party. A huge manhunt ensues. The culprit is captured. The story is over.

Except it isn't. For Alan Banks, still struggling with a tragic loss of his own, there's something wrong about this case - something unresolved. Reteaming with profiler Jenny Fuller, the relentless detective dives deeper into the crime...deep enough to unearth long-buried secrets that reshape everything Banks thought he knew about the events outside that chapel.

And when at last the shocking truth becomes clear, it's almost too late.