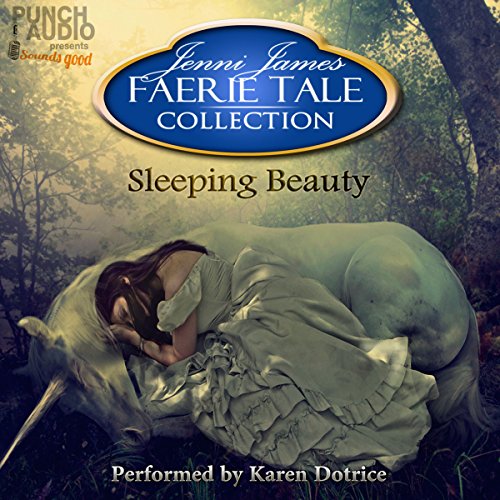 The sleeping girl has no idea she is asleep.

After Aleyna witnessed the cruel deaths of her family, she was put to sleep by Ezralon the unicorn. He has been keeping her safe, hidden in the forest, until her true prince could come and rescue her.

While Aleyna is protected in the forest, her spirit walks the halls of her ruined, deserted castle in a dream-like existence, believing everything is still perfect. However, she is halted in this state - almost as if time were frozen - until the prince awakens her.

Prince Darién of Lybrooke Court loves a challenge as much as the next man, but believes it will be a fool's errand to rescue a ghost who is already dead! He's convinced no one could have survived sleeping 30 years, so what is the point of rescuing a girl who is quite content to haunt on her own?

Of course, if Darién wasn't so afraid of ghouls, this whole thing could be much easier to fathom....