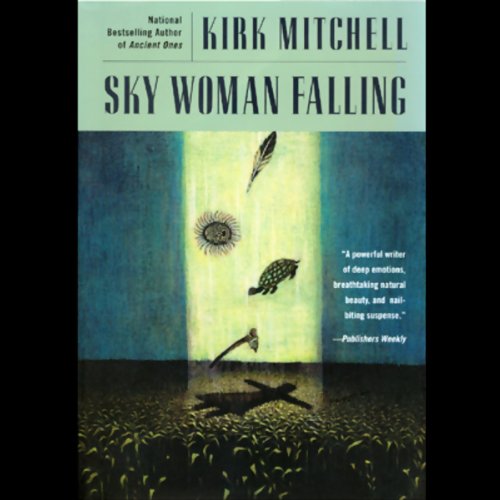 FBI Special Agent Anna Turnipseed, a Modoc Indian from California, and Bureau of Indian Affairs Investigator Emmett Parker, a Comanche from Oklahoma, are a team, sent by the Feds wherever there are problems in tribal territory.

This assignment takes them to upstate New York where Brenda Two Kettles, an elder of the Oneida tribe, was found dead in a cornfield, every major bone in her body shattered. She seems to have fallen from the sky, like Sky Woman of the Oneida creation myth. When Anna and Emmett discover that Brenda was the center of a bitter land dispute between Indians and whites, they are sure she was murdered. Their investigation brings them face to face with the dangers of race war, and soon their own lives depend on Anna's instincts and her ability to see the line where myth and reality come together.

"Mitchell combines a great story line with an authentic Native American background in his flawless fourth mystery....Packed with suspense and action, this intricate tale delivers a conclusion that is nothing short of brilliant." ( Publishers Weekly)