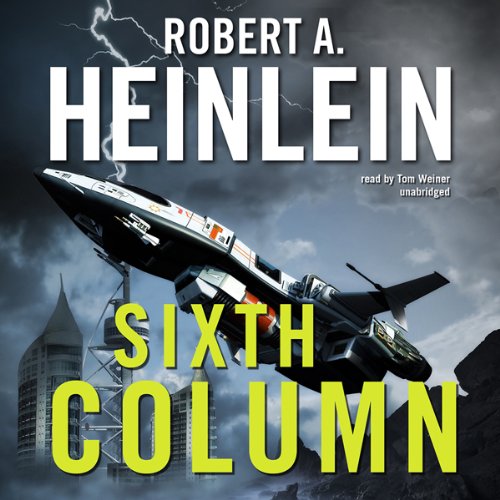 It’s six against six million in a brilliantly waged near-future war for nothing less than liberty and justice for all. The totalitarian East has triumphed in a massive invasion, and the United States has fallen to a dictatorial superpower bent on total domination. That power is consolidating its grip through concentration camps, police state tactics, and a total monopoly upon the very thoughts of the conquered populace. A tiny enclave of scientists and soldiers survives, unbeknownst to America’s new rulers. It’s six against six million - but those six happen to include a scientific genius, a master of subterfuge and disguise who learned his trade as a lawyer-turned-hobo, and a tough-minded commander who knows how to get the best out of his ragtag assortment of American discontents, wily operators, and geniuses. It’s going to take technological savvy and a propaganda campaign that would leave Madison Avenue aghast, but the US will rise again. The counterinsurgency for freedom is on, and defeat is not an option.

Robert A. Heinlein (1907–1988) was born in Missouri. He served five years in the US Navy, then attended graduate classes in mathematics and physics at UCLA, took a variety of jobs, and owned a silver mine before beginning to write science fiction in 1939. His novels have won the Hugo Award, and in 1975 he received the first Grand Master Award for lifetime achievement.

When I got this and listened to it the first time I did not get very far. I thought it wasn't very good. But when i was bored looking for something to do, I listened to it and got further. It got much better and turned out to be a good story.