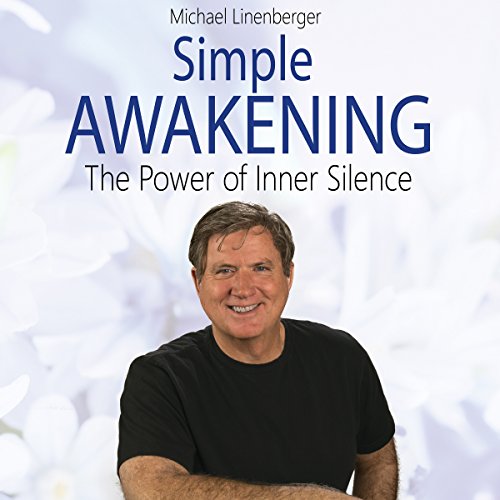 This is the surprising story of a businessman's unexpected leap into "simple awakening".

Michael Linenberger is a relatively normal businessman who for decades managed technology and consulting projects for some of the largest companies in the world. But starting in late 2012, Michael discovered a deep and profound inner silence entering his life that grew stronger and stronger each day. From that silence, a fundamental set of life transformations emerged:

All fears and doubts disappeared.

Perhaps most important, a profound and accurate intuition took residence that began guiding his life to greater and greater achievements, both in his business and personal life. All these changes occurred through something Michael calls simple awakening - which he feels everyone has the potential to achieve.

In an extraordinarily practical way, Michael tells the story of how, step by step, this amazing transformation unfolded over three years. Most important, he explains what awakening can mean to you: what it looks like, how you might cultivate it, and the many ways it could revolutionize your entire life.

Those who have already read other books of the author, especially „Master Your Workday Now“, will find interesting thoughts and perspectives about the nature of our being and our actions. This book looks deeper into the level „connect“ of Linenbergers pyramid (control, create, connect). But it has the emphasis on the fact that awakening is simple and comes gradually, and it brings you joy in the present. I learned through this book that control is good, but there might be more than that and all you need for this is silence...