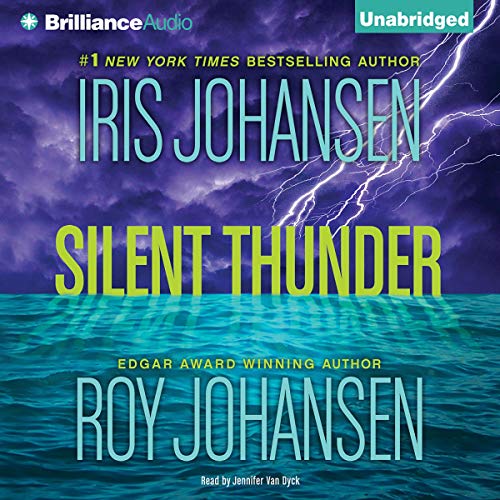 Hannah Bryson is a marine architect who's been given a fascinating assignment. A Russian nuclear submarine called The Silent Thunder has been purchased by the United States for exhibition in a museum. Hannah must create a schematic of the sub to check for hazards and design seamless modifications to make it safe for the thousands of expected visitors.

Her brother, Connor, acting as her assistant, knows how much this work means to Hannah. But Connor discovers something on the sub: a mysterious message hidden behind one of the panels. And then, in a brutal assault on the sub, Connor is murdered and the chase is on for Hannah to find her brother's killer.

Soon she discovers that she's being used as bait. And what she doesn't even realize she knows could end her life as well.

"Johansen's collaboration with her crime-novelist son imbues their saga with muscular characters and a brisk immediacy that keep it gripping and relevant." ( Booklist)