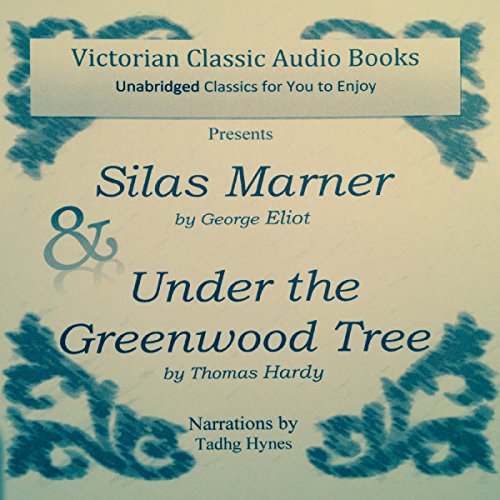 Silas Marner & Under the Greenwood Tree

Silas Marner & Under the Greenwood Tree

Reputed to be Eliot's favorite novel, Silas Marner is set in the early years of the 19th century. Marner, a weaver, is a member of a small congregation in Lantern Yard. Falsely accused of a crime he didn't commit, he leaves his home and lives a solitary life near the village of Raveloe. He dedicates his life to weaving and hoarding gold for the next 15 years, but circumstances beyond his control shape his destiny. When his gold is stolen, he is rescued from despair by the arrival on his lonely hearth of a beautiful little girl, whom he adopts, and through whom he and the other people of the village learn that loving relationships are more fulfilling than material wealth.

Under the Greenwood Tree, Hardy's second novel, was published in 1872 and became the first of his great series of Wessex novels. The book, subtitled A Rural Painting of the Dutch School, tells the endearing tale of a group of church musicians who accompany the hymns at the local Mellstock parish choir, and we follow the fortunes of one of its members, Dick Dewy, who falls in love with the new schoolmistress, Fancy Day.