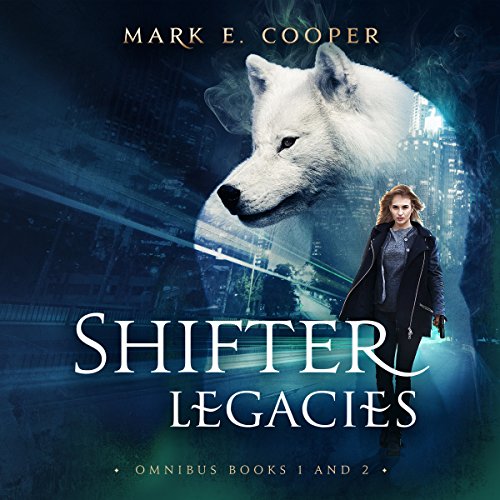 LA gets a little hotter when there's blood on the streets....

This special edition of Shifter Legacies combines books one and two, and contains a long journey of dark paranormal urban fantasy.

Way of the Wolf: Dr. David Lephmann lived a normal existence until he was attacked by a shifter. Thrust into a world of violence and mistrust, he must battle for a place among his new people.

Only strange new alliances can keep him alive. A powerful master vampire may help him take his revenge on the shifter who destroyed his life. There's only one distraction from his mission: an intriguing shifter woman who opens up his world to werewolf romance.

With no way back to his old life, David has no choice but to bend to the rules of his new people. Can he survive the challenge?

Wolf's Revenge: Los Angeles - a city of vampires and shifters where violence simmers just below the surface. LAPD Lieutenant Christine Humber has worked for years in the city's most violent district, nicknamed Monster Central. When Chris examines the murder scene of a werewolf, a particularly hard-to-kill shifter, she doesn't find a shred of evidence. A serial killer was just what the city needed to make tensions start to bubble over.

Threatened by the chance of a new urban revolt, the FBI steps in and tries to take the case. Chris reluctantly teams with the overly slim and beautiful Agent Flint to maintain the fragile peace. As the shifter body count grows, Chris and Flint must find answers before war and death spill out onto the streets.

If you like shifters or the work of Charlaine Harris and Jim Butcher, you'll love these tantalizingly action-packed books.