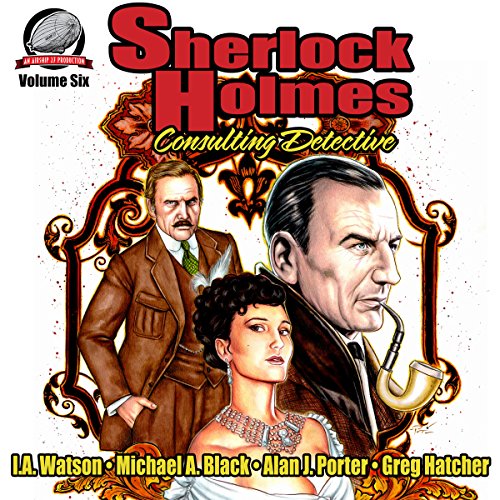 Sherlock Holmes, arguably the greatest fictional character ever created, returns along with his faithful friend, Dr. Watson, in five new stories pitting his deductive skills against all manner of gaslight villainy.

A man awakens in a sanitarium claiming to be Dr. John Watson. A young student is charged with the murder of his famous professor. A Paris gang of jewel thieves brings the Great Detective to the City of Light. Murder in a London opium den unlocks the evil lurking within the estate of a prestigious British family and the ghost of Dr. Moriarty may have risen from the grave to challenge his Baker Street rival one final time.

These are the baffling cases documented here by writers I.A. Watson, Michael A. Black, Alan J. Porter and Greg Hatcher; all guaranteed to keep Holmes fans intrigued and entertained from the first tale to the last. The fog rolls in off the Thames, the clip-clop of hansom cabs rolls by and shrill screams cut through the night. Once more the game is afoot!