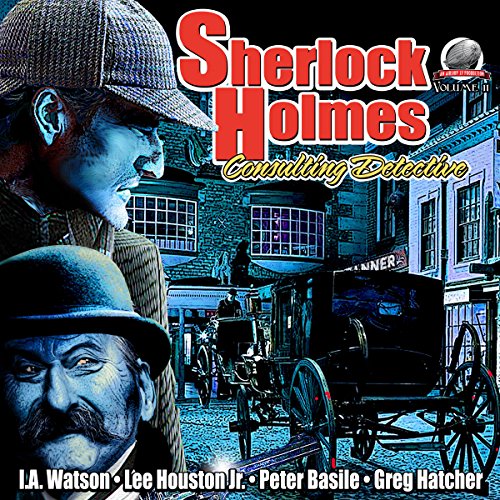 Airship 27 Productions is thrilled to present the 11th volume in its best-selling mystery series, Sherlock Holmes - Consulting Detective. All of them new and never before published.

A woman’s remains are found in the newly excavated foundation of what will become the New Scotland Yard. The missing painting of a dead woman leads to the unraveling of a devious conspiracy. A US deputy marshal is in London pursuing a vicious and elusive criminal. A sadistic serial killer leaves the authorities puzzles before each of his killings.

Four unique and original cases to challenge Sherlock Holmes and his loyal companion, Dr. Watson, as delivered by writers I.A. Watson, Lee Houston Jr., Peter Basile, and Greg Hatcher. Once again the streets of London are hidden behind the fog of crime and villainy. Yes indeed, once again the game is afoot!