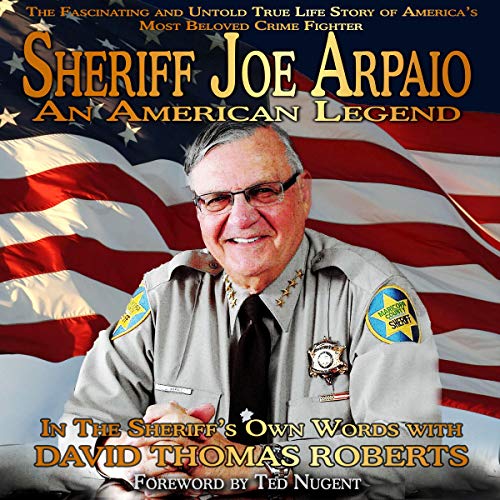 The gripping life story of an American Legend in his own words.

Sheriff Joe Arpaio, one of the most beloved crime fighters in American history who has dedicated his entire life to law enforcement, grants us an unfettered deep dive into the true stories that has made him a legend.

Sheriff Joe has never backed down from controversy, maintaining the same counter-punching traits as his hero, President Donald J. Trump. Here, Sheriff Joe tells you the real inside and fascinating scoop about the political witch hunt foisted upon him by his opponents to unsuccessfully destroy him.

Internationally known as “America’s Toughest Sheriff”, he chronicles his unique programs such as the tent city jails, inmate’s pink underwear, chain gangs, arrests of illegals, and his famous posse.

Sheriff Joe’s lifelong commitment to the rule of law, despite his critics, is an inspiration and must-listen for every American.