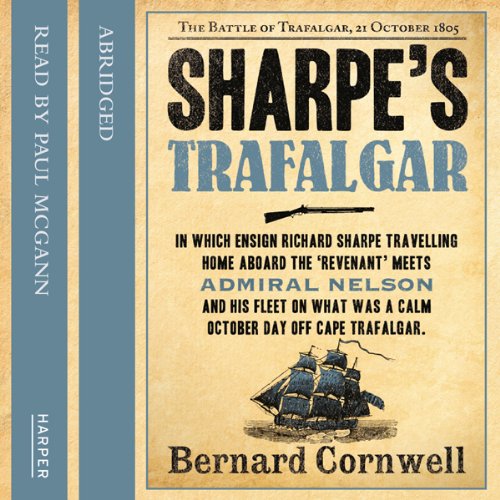 It is 1805 and Ensign Richard Sharpe, having secured a reputation as a fighting soldier in India, is on his way home to join the newly formed Green Jackets. The voyage should be a period of rest but his ship is riven with treachery and threatened by a formidable French warship, the Revenant, which is terrorizing British shipping in the Indian ocean. An old opponent of Sharpe's is aboard his ship, and the voyage is further disturbed by the Lady Grace Hale, apparently as unreachable as she is beautiful.

Sharpe also has friends, notably a captain of the Royal Navy who is hunting the Revenant and who rescues Sharpe when all seems lost. The hunt turns into a stern chase as the French warship races home, carrying a treaty that could ignite India into a new war against the British. Yet when the Revenant encounters the combined French and Spanish fleet of Cadiz, it seems that Sharpe's enemies have found safety, even as his enemies on board seem to have him trapped.

Yet over the horizon is another fleet, led by Nelson, and Sharpe's revenge will come in a savage climax when the two armadas meet on a calm October day off Cape Trafalgar.

Sharpe's Trafalgar introduces Richard Sharpe to the horrors of a battle at sea, and finds him at his most ruthless as he struggles not just for revenge, but for the woman he loves.

"Cornwell's combination of breakneck action and pig-headed men behaving badly, but with dazzling brio, is just unbeatable." ( The Daily Telegraph)