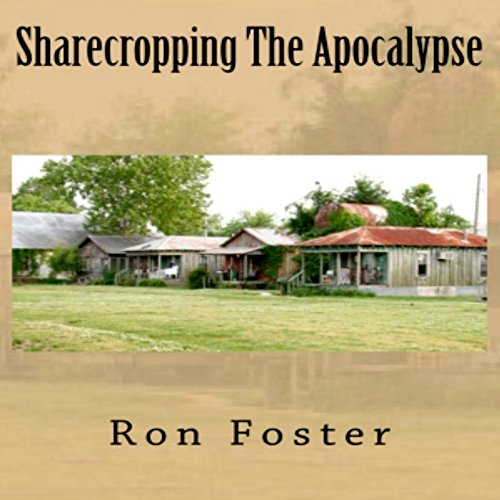 Sharecropping the Apocalypse: A Prepper Is Cast Adrift

Sharecropping the Apocalypse: A Prepper Is Cast Adrift

After a cyber attack and wide spread sabotage by terrorists took out the United States' electrical grid, one group of survivors found themselves far worse off than the rest of the populace. This group found themselves stranded on an island with no way to cross the flooded river and soggy lands surrounding them as starvation and desperation began. The one thing they had going for them, though, to get themselves through this ordeal, was that they were preppers - people who prepare for disasters as a lifestyle or hobby.

No one, however, had foreseen this event and circumstances, and at the forefront of everyone's minds was when they did eventually get off this Castaway Island, what then? The world was an apocalyptic nightmare of raging fires, famine disease, and violence as societal breakdown took its course. New optimal labor arrangements must be made; new solutions to old problems like raising enough food to feed themselves must be sought. Through a crazy, mixed up and often humorous turn of events the survivors find themselves trying to revitalize an old run down southern plantation. Can they do it? Could You?

This audiobook contains all three books of the A Prepper Is Cast Adrift series. The book teaches you survival tips and tricks as it entertains.