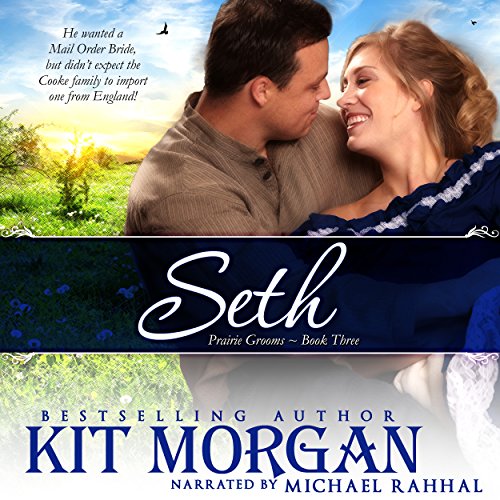 What happens when three English ladies are shipped off halfway across the world as mail order brides? Three sisters, Penelope, Constance and Eloise go from a posh lifestyle outside of London to Clear Creek, a nothing of a town full of quirky characters, crazy live-stock, and bumbling villains! Penelope is the first to wed, and learns her prim and proper ways don't have the impact she expects on the locals. Then it's Constance's turn, who finds that patience is a virtue, especially when one marries before her future husband has had a chance to finish his house! Now, it's time for Eloise to wed.

Eloise was the least adventurous of her sisters, and thought she wanted a life of peaceful serenity alongside a quiet man, one civilized and genteel. But did she know herself well enough to stick to her own assumptions?

Seth Jones gave the appearance of a dutiful, yet bumbling hotel clerk, while his brother Ryder was considered the rugged hero, one who'd saved his wife and himself from death. How could Seth compare to that? Worse, how could he allow his future bride to know he'd done things, things that would probably make her scream and run the other way?

She was his mail-order bride, but was that fact enough to make her want to marry him if she ever discovered his past?