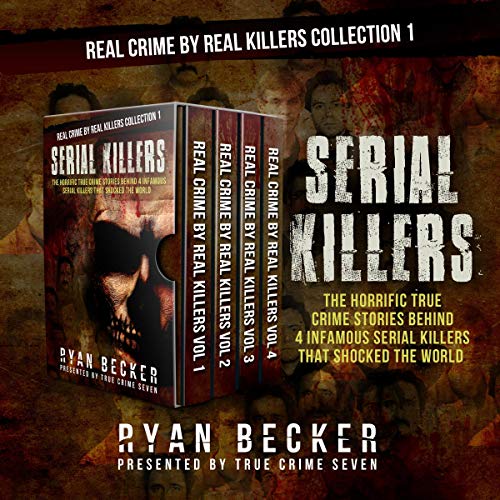 Famous actors, musicians, political leaders, and the greats of science. There are stories told. Movies filmed. And books written and narrated about the impact they’ve made on the world. But this is a collection of different kind of people. People who are known not for their selfless, positive, and genuine contributions, but the opposite....

In this audiobook set of four true crime books, you will learn about men who performed acts so cruel, inhumanely heartless, and unfathomable that their names will never be forgotten.

This collection includes four of the world’s most well-known serial killers:

Delve into the dark, hidden side of the impactful - their names are never said out loud yet will never be forgotten....