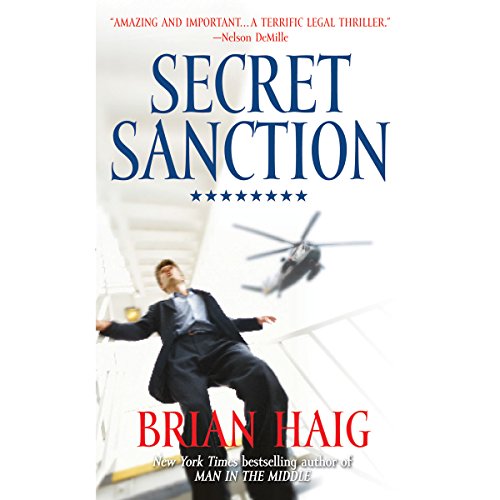 Sean Drummond is a maverick attorney who cloaks his expertise with smart-mouthed self-deprecation and cynicism. One of the Army's most brilliant lawyers, he's also seen his share of infantry fighting, and when a military scandal causes a global outcry, the brass pick Drummond to head the investigation.

In a remote war at Europe's center, somebody has committed a cold-blooded massacre - 35 victims shot in the head at close range, execution style. The world media blames a U.S. Special Forces team assigned to the region. But Drummond can't take on faith the testimony of the accused Green Berets who protest their innocence.

Drummond uncovers a vast conspiracy of frightening proportion. And the deeper he probes, the more he discovers how duty, honor, and country can clash - in ways both deadly and heartrending.

"Brian Haig is John Grisham in an Army uniform..." (Jack Higgins)
"An amazing behind the scenes look at how military justice works...The real joy is Haig's writing style, a nice mix of wit and wisdom." (Nelson DeMille)