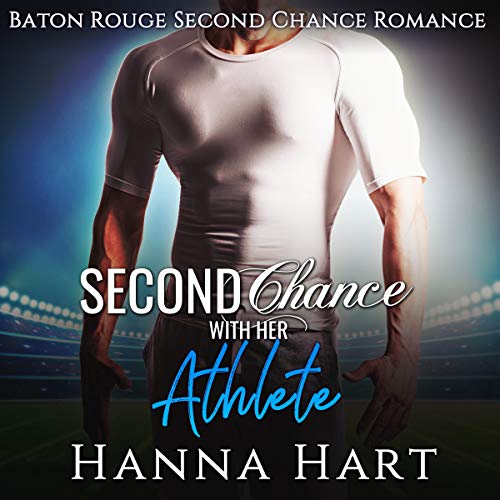 Second Chance with Her Athlete

A Football Star, Secret Baby and a Second Chance at Love

"You were always the one for me, Ruby. Always."

High school sweethearts Ruby Harper and Carter Scott had it all: Love, adventure, and a plan for their future. But it all went south when Ruby suddenly vanished without a trace leaving Carter heartbroken.

Ruby thought she was making the right decision five years ago when she left home without telling anyone that she was pregnant. But her choice to return home to Baton Rouge is a complicated one, with hopes of finding a good job to give her daughter a better life. Everything seems to be going to plan until she runs into her old high school sweetheart who doesn’t know the secret she has been keeping from him all these years.

After a devastating breakup, Carter avoided dating like the plague. He has enough on his plate after being recruited to the Baton Rouge Bears college football team as their star quarterback. Being treated like a celebrity in his hometown has him feeling on top of the world. But his world is turned upside down when he bumps into his former love who now has a daughter....

Will their second chance at love turn into happiness or will Carter's fame and Ruby's secret baby ruin their relationship before it has a chance to begin?