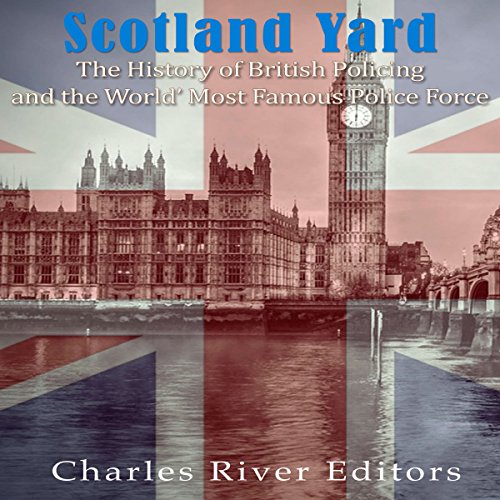 Scotland Yard. The name itself conjures up a mental picture of old-time detectives in trench coats snooping around a crime scene with a giant magnifying glass. Indeed, over the years, the Metropolitan Police Force in London has become an inspirational icon, and the setting of countless literary masterpieces, films, television shows, music, and other works of art.

What is it about this particular force that draws so many to the famous Yard? Throughout the evolution of British policing and the rise of Scotland Yard, the people who worked there took on some of the most notorious cases, and in the process they helped shape criminal investigative techniques. Along the way, the headquarters featured some famous people, and it was home to both triumphant feats and scandalous controversies throughout the Yard's action-packed history.

Scotland Yard: The History of British Policing and the World's Most Famous Police Force looks at how London's iconic police force became the world's most famous. You will learn about Scotland Yard like never before.