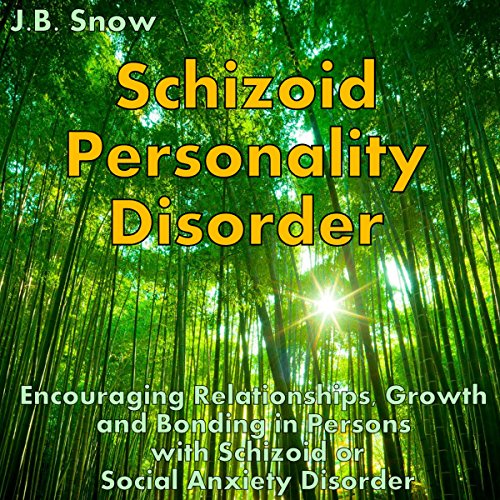 "The best way to coax a cat out of a tree is with much patience and perseverance." - Michael A. Weiss

Schizoid personality disorder is a challenging set of personality traits that leaves a person isolated and lonely, despite a strong longing that some schizoids have to belong and fit in with others. OCPD (Obsessive Compulsive Personality Disorder) is a pervasive personality with traits of rigidity, inflexibility, agitation, and stubbornness. Traits from one disorder often cross over into the other disorder, and many people with OCPD also have underlying schizoid tendencies.

In this audiobook, I hope to help you discover more information about schizoid personality disorder, its causes, and where you (or your friend) fall on the broad schizoid spectrum. We'll discuss different reasons that a person might have become schizoid and/or OCPD, including differences in the brain, head injury causes, and the different types of parenting in infancy that might have caused the disorder. We'll also discuss how a child with a more sensitive temperament is often the one who is more prone to becoming schizoid early in their development, and how this serves to protect them and cope with the things in their world which are strange and often scary to them.

When producing this audiobook, I consulted with my husband, who has experienced a majority of the schizoid traits for most of his life. He compensated for his schizoid traits and social ineptness by implementing many obsessive compulsive personality traits that make up his OCPD tendencies and his strict routines that he uses to calm and center himself.