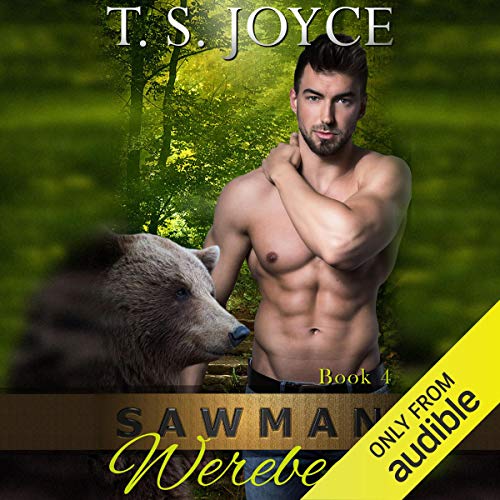 Slow-simmering romance, secrets by the dozen, heart-warming triumph, and a crew of sexy lumberjack werebears come together to tell Brighton's story in this final installment of T. S. Joyce's best-selling Saw Bears series.

Brighton Beck's inner grizzly is out of control. It's been months since he killed his tormentor, but just seeing the man who stole his voice has put his bear on a bender. When a timid woman at a local diner approaches him, he couldn't be less interested. She's mousy, submissive, and worst of all...human.

Or at least he thinks she is, but she proves to him things aren't always as they appear. And now it's up to Brighton, and his broken bear, to find out who turned her.

Everly Moore is up to her eyeballs in problems, and at the top of the pile is a sickness her doctors can't figure out. When Brighton takes an oath to draw her bear from her, it's apparent he's not only lost his voice, but he's lost his mind as well. But when she discovers the dark secret of what's been done to her, she'll have to lean on the quiet man who has intrigued her throughout the years.

The only problem is, Brighton is fighting demons of his own, and if she can't reach the animal within her and survive the Change, she and the man she is falling in love with could both be lost.