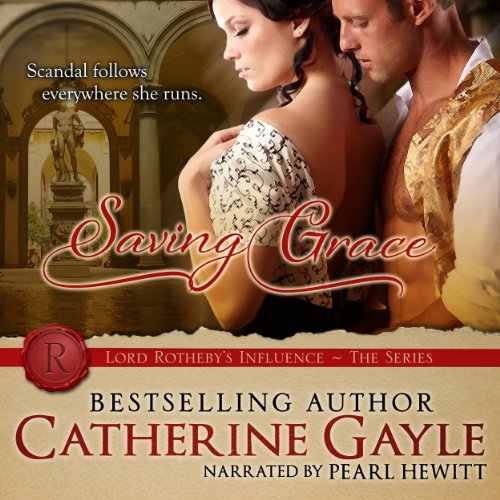 The blasted man will not stop following her. Well, he isn't following her…not exactly. They are just always thrown together, and he is everything she wants but cannot have. It is downright infuriating - especially when he kisses her. Lady Grace Abernathy has been ravished and left pregnant (and thoroughly unsuitable for any honorable gentleman).

This would not be such a gargantuan problem if Lord Alexander Hardwicke would simply stay away from her as she asked. But leave it to her meddling Aunt Dorothea - who means well, of course - to continually thrust the two into each other's company. Against both their wishes.

These distractions are almost more than a reasonable lady should be forced to bear, let alone one who is dealing with all the difficulties inherent with both an unwanted pregnancy and a dire lack of a husband. Alex left London to visit his deceased father's oldest friend, Lord Rotheby, and to get away from his mother and her matchmaking schemes, only to run into more of the same at every turn.

Why can he not determine for himself the course his life will take before everyone pushes him to take a wife? But the more time he spends in the company of Lady Grace, the less he finds himself able to ignore his growing attraction - and his burgeoning need to protect her. Must he cause a scandal in order to protect her from one?