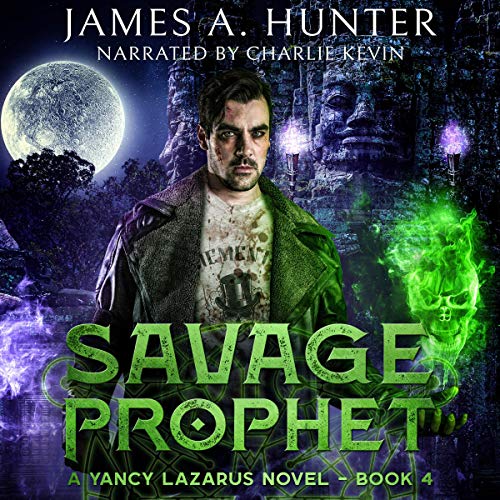 Yeah, 'cause that's exactly what Yancy Lazarus needs in his life: more complications. As if being the Hand of Fate and the newly appointed guardian over one of the Horsemen of the Apocalypse wasn't headache enough.

All Yancy wants is an easy life on the open road - chock-full of ribs, beer, cigarettes, and smoky bars blaring with gritty blues music - but that just isn't in the cards. Nope, not anymore. He's been charged with saving the world, and now that he's got a no-shit demon riding shotgun in his head, he's sorta committed to the cause.

If Yancy can't sort through this colossal heap of bullshit, he's coffin bound. But, he's not dead yet. In fact, he even has a lead.

Turns out one of the Horsemen of the Apocalypse - the pale Rider, Death - is slumming around in one of Yancy's old haunts. In order to corner this new threat, though, Yancy's gonna have to face some deadly supernatural nightmares from his distant past. And, to make matters worse, he's not the only one trailing the Pale Rider. A powerful new mage with some serious magical chops is also aiming to find the Fourth Seal and he'll do whatever it takes to win. Even if it means hurting those closest to Yancy...like FBI Agent Nicole Ferraro.