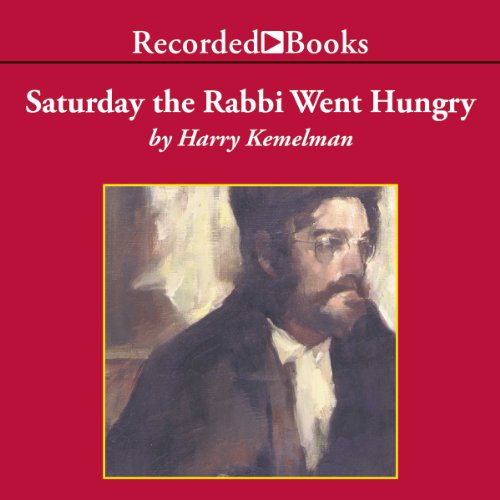 In his hugely popular series, best-selling author Harry Kemelman creates well-crafted mysteries, filled with slice-of-life characters and fascinating Hebrew rituals. Saturday the Rabbi Went Hungry pulls you into the Jewish community at Barnard’s Crossing, which has just been thrown into disarray over the unexplained death of one of its members.

As Rabbi Small and his temple congregation solemnly prepare for Yom Kippur, a non-practicing member is found dead behind the wheel of his car - in his own garage. The police call the death an accident, and the insurance company insists that it’s suicide. But Miriam, Rabbi Small’s wife, believes the mishap could only be cold-blooded murder. With his congregants splitting over the possible cause, the young rabbi must discover the truth, or forfeit all hope for peace in the temple. Turning to the Talmud for divine logic, Rabbi Small discovers order in the midst of the most muddled events.

Veteran narrator George Guidall, personally approved for this unabridged recording by the author’s estate, provides the perfect voice for the determined rabbi as he faces the divided Jewish community.