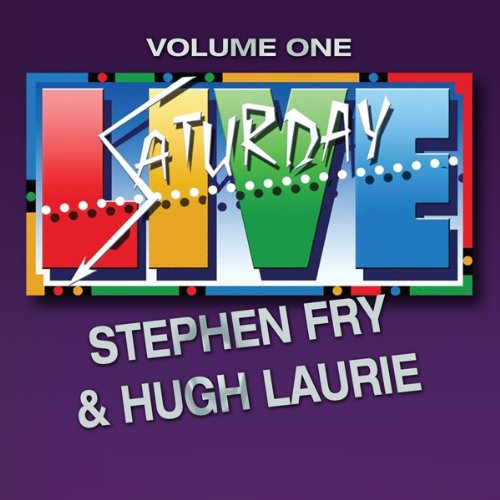 Based on the format of the American TV show Saturday Night Live, this home-grown comedy production was an enormous success and brought recognition and fame to a great many performers, many of whom are now household names. It was hosted by Ben Elton and Lenny Henry. In a series of sketches it introduced us to the talent and chemistry of Stephen Fry and Hugh Laurie; Harry Enfield, whose two memorable characters, Stavros the kebab shop owner and Loadsamoney became household favourites; established performers John Bird, John Fortune, and Peter Cook; new talent, such as Jo Brand; and in one extraordinary sketch, the Right Honourable Dennis (now Lord) Healey!

Volume 1: Stephen Fry and Hugh Laurie. This volume is devoted exclusively to two of the most talented artists Britain can boast. How to describe them? Stephen Fry: actor, entertainer, TV presenter, writer, poet. Hugh Laurie: actor, writer, director, musician, and recording artist. In over an hour and a half of glorious comedy, we can hear why these two wonderfully gifted men became the world-famous performers they are today.

It was kind hard to understand, but I think it is because of the age of the recording. Yet Stephen Fry and Hugh Laurie are the most tallented and interesting people.